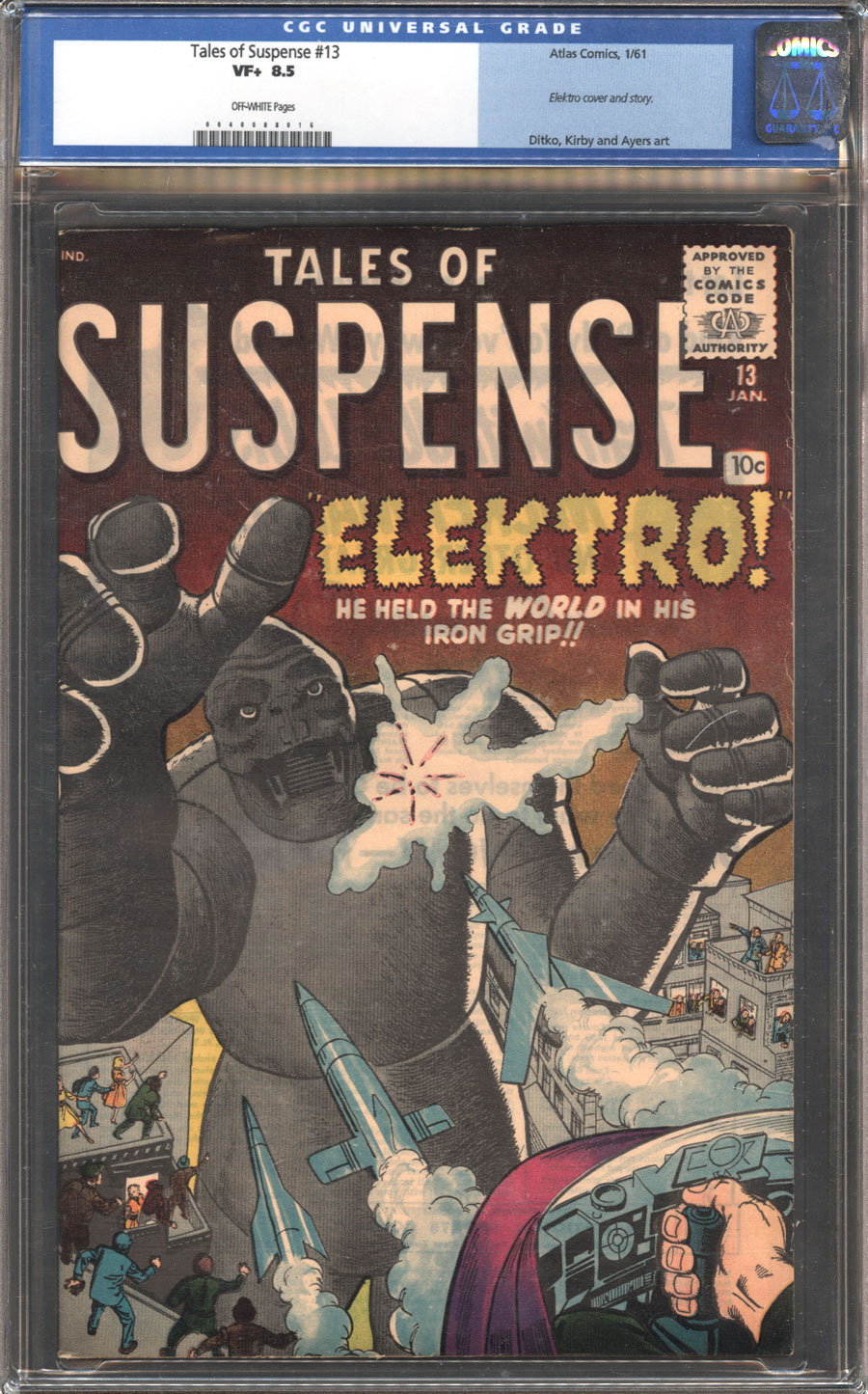 Watch
off white pgs
1st app. Elektro (1/61)Cover pencils by Jack Kirby, inks by Steve Ditko. "Elektro! He Held a World in His Iron Grip!", pencils by Jack Kirby, inks by Dick Ayers; A scientist creates a computer so sophisticated that it can out think human beings; It hypnotizes the scientist into building it a huge robot body so that it can move and threaten human cities to conquer them. "The Missing Film" text story, art by John Severin. "The Demon in the Dungeon!", art by Don Heck; A novelist rents a castle in Transylvania, where the locals believe a demon lives; He discovers that the creature is a lost alien child. "I Lived a Million Years!", art by Paul Reinman; An Asian tyrant bleeds his subjects dry to build a suspended animation machine and avoid nuclear war. "When the Earth Vanished!", art by Steve Ditko; Tiny alien invaders decide to detonate their ultimate bomb thinking that unobserved Earthlings have gone into hiding to avoid their invasion force and end up blowing up an Earth boy's ping pong ball and themselves as they are caught in the aftershocks of the blast.
Artists Information