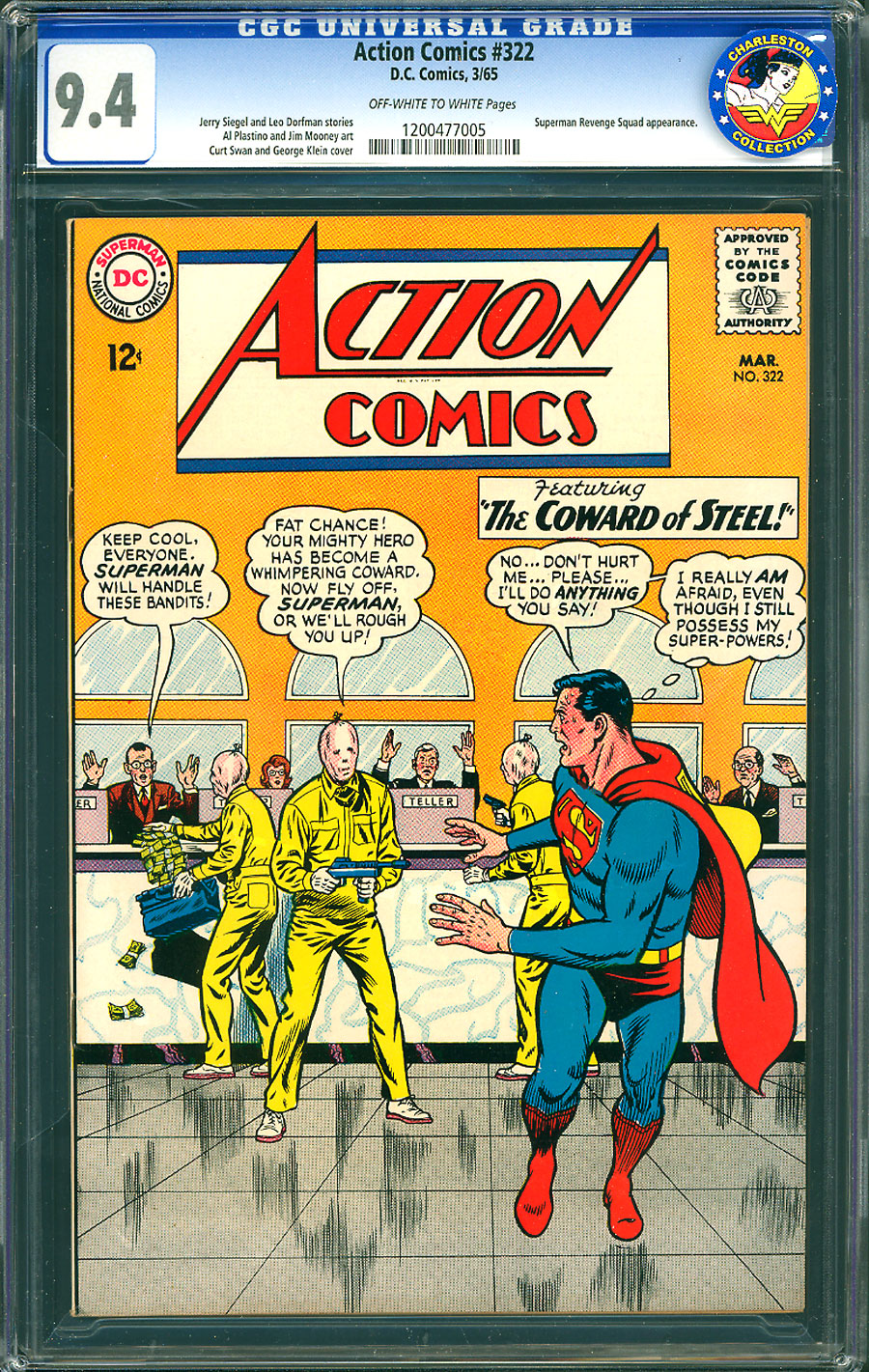 Watch
ow/white pgs
Supergirl
Charleston copyCover pencils by Curt Swan, inks by George Klein. "The Coward of Steel!", script by Jerry Siegel, art by Al Plastino; The Superman Revenge Squad exposes Superman to a ray that will turn him into a coward, but it only works when Superman is in his Clark Kent identity, which leads him to adopt another alias. Secret Origins comic book ad. "The Planet of Outcasts!", script by Leo Dorfman, art by Jim Mooney; Three super-heroines invite Supergirl to their home planet of Feminax, where Supergirl is revered; However, the girls (and everyone on their world) are really evil and use Supergirl to help them revive three of the most evil women in Earth's history, so that Feminax can conquer the universe.
Artists Information