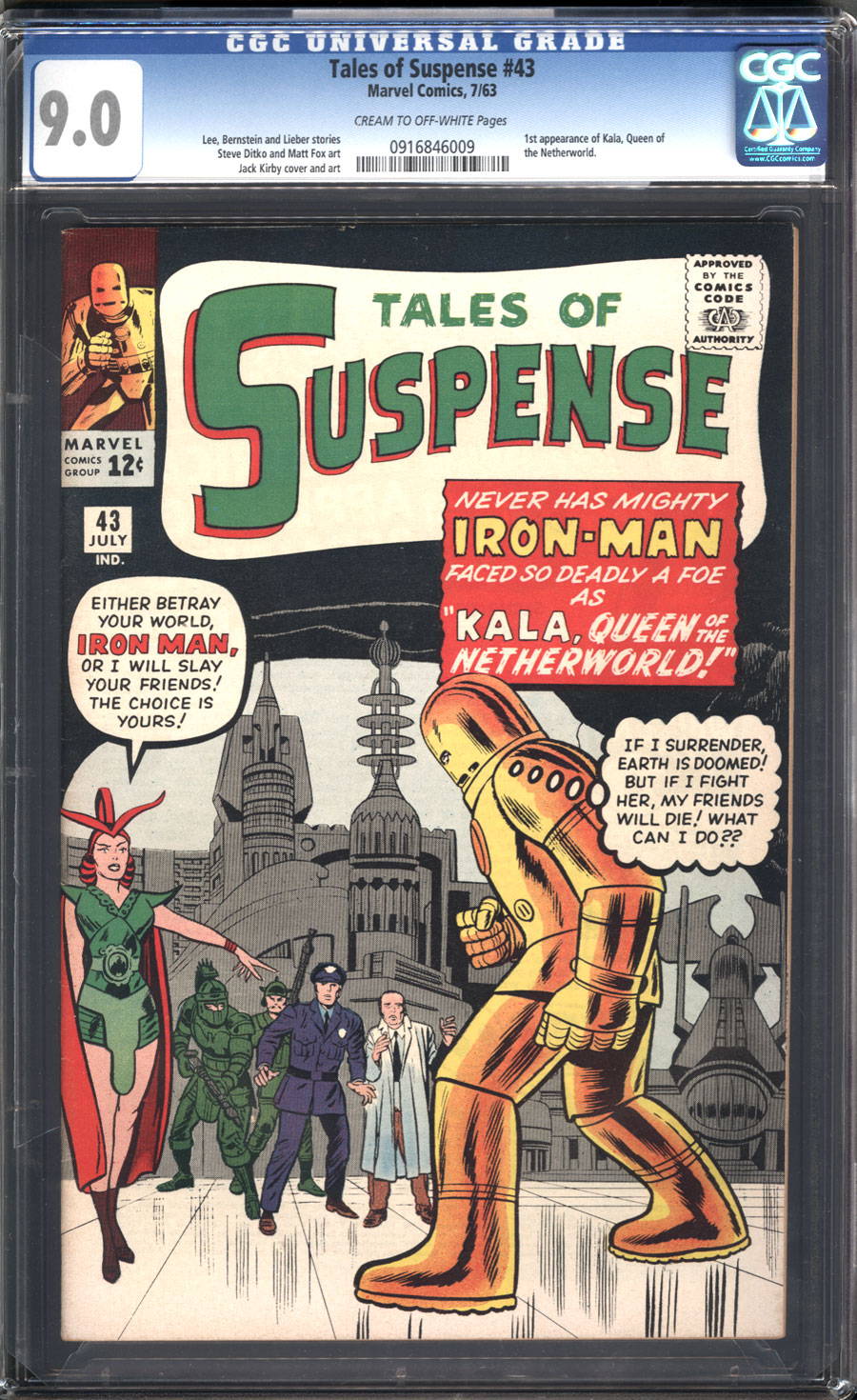 Watch
crm/ow pgs
Kirby cvr, Ditko art; fifth Iron ManCover pencils by Jack Kirby, inks by Dick Ayers. "Kala, Queen of the Netherworld!", script by Stan Lee (plot) and Robert Bernstein (script) (as R Berns), pencils by Jack Kirby, inks by Don Heck; Tony Stark is abducted by the queen of an underground kingdom to help her invade the surface; As Iron Man, Stark shows her that she would rapidly age on the surface, convincing her to call off the invasion. "The Journey" text story. "You Can't Change the Past!", script by Stan Lee, art by Steve Ditko; A scientist creates a time machine just to prove that it can be done, but never plans to use it, since he knows that it would be too dangerous to attempt to alter the past. "I Was A Victim of Venus!", script by Stan Lee (plot) and Larry Lieber (script), pencils by Larry Lieber, inks by Matt Fox; A criminal steals a valuable diamond from Venus, but it is irradiated and makes him sick; He needs to steal the money to pay a doctor.
Artist Information