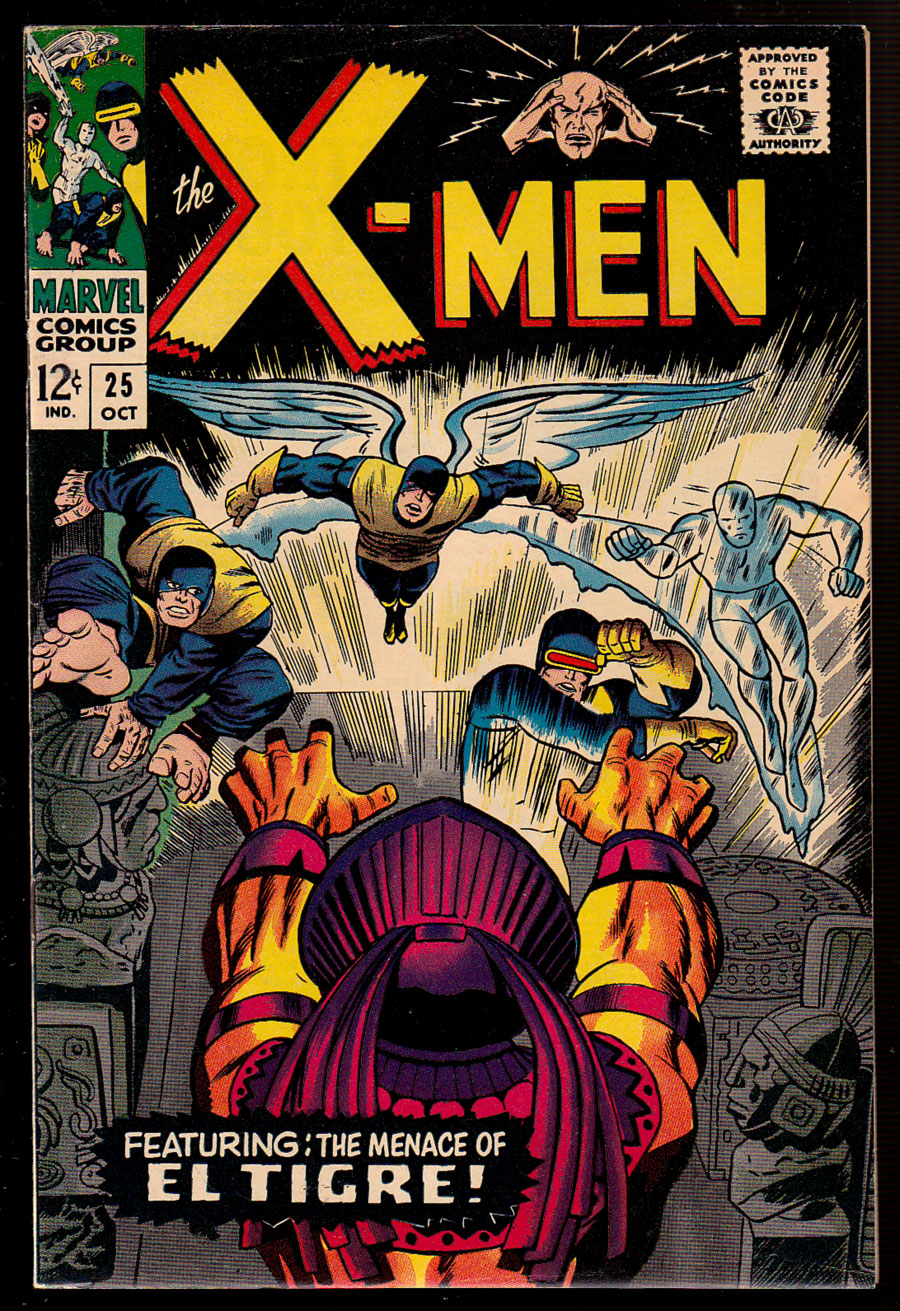 Watch
glossy
origin and 1st app. El TigreThe heavy in this issue is El Tigre, an explorer who is imbued with super powers through his possession of shards from an ancient pendant. When he travels to New York to retrieve the remainder of the sacred jewelry he intercepted by the X-Men, who sensed his presence thanks to the newly reconstructed Cerebro unit and Professor X's powers. After taking Beast, Iceman, and Angel out of action, Cyclops is left to confront El Tigre, who breaks into a museum and grabs the remainder of his pendant, the issue ends as the baddie transforms into the Mayan god Kukulcán. Pencils by Werner Roth and inks by Dick Ayers.
Artists Information