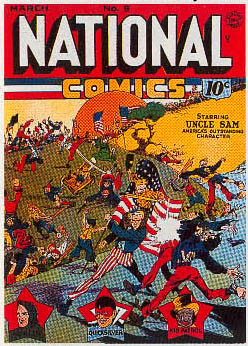 George Tuska who used a variety of pen names including Carl Larson, was an American comic book and newspaper comic strip artist best known for his 1940s work on various Captain Marvel titles and the crime fiction series Crime Does Not Pay and for his 1960s work illustrating Iron Man and other Marvel Comics characters. He also drew the DC Comics newspaper comic strip The World's Greatest Superheroes from 1978–1982.