It’s the latest in a series of record-breaking deals for the #1 comic of its era, but it certainly won’t be the last. 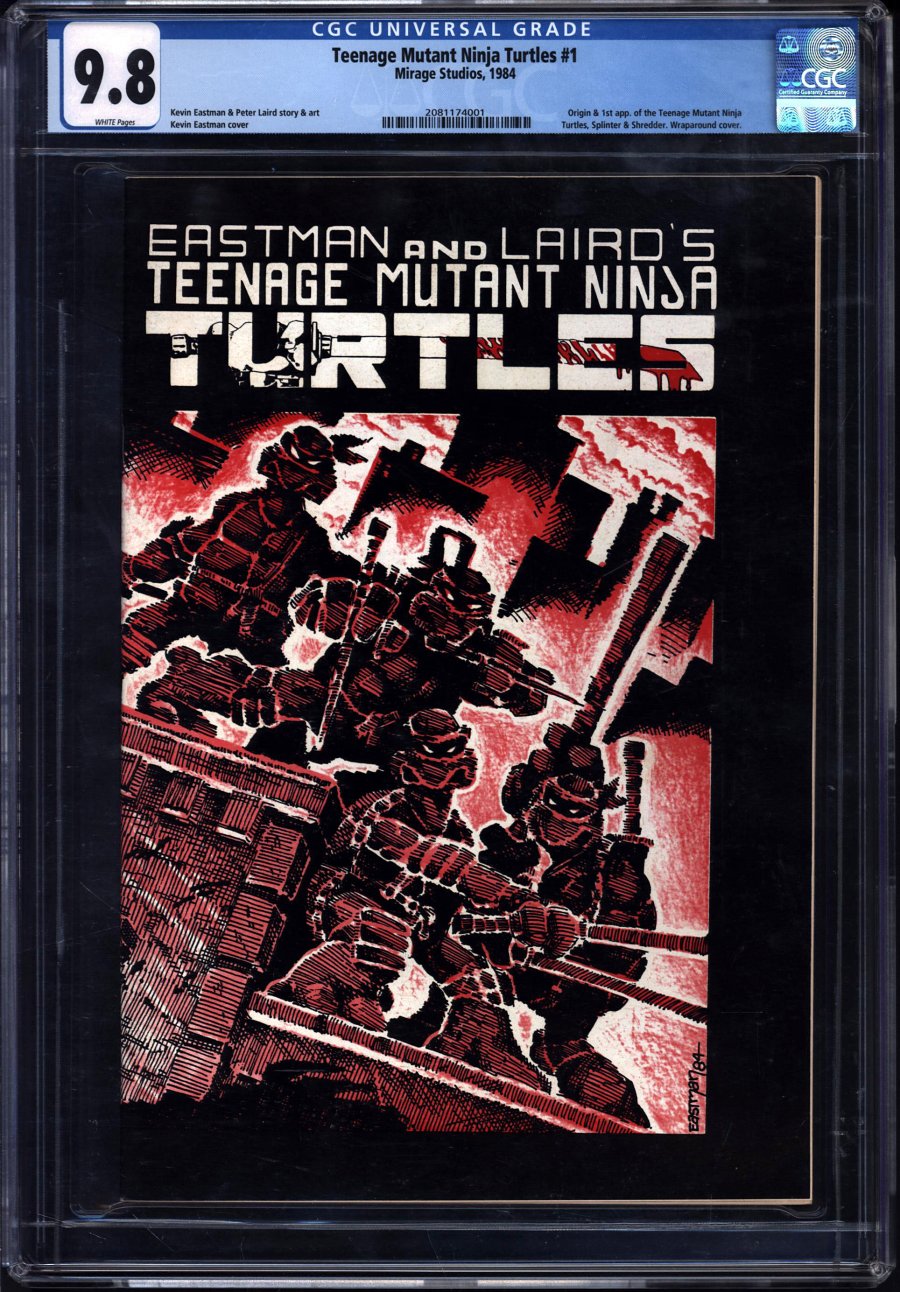 “This is the most important comic published in the last forty years,” says Vincent Zurzolo, COO and co-founder of ComicConnect.com, the industry’s leading online auction house.

When the Turtles burst on the scene in the mid-1980s, the wise-cracking, pizza-loving superheroes—a mash-up parody of Ronin, X-Men and Teen Titans—were an unexpected hit, surprising even its own creators.

Kevin Eastman and Peter Laird had envisioned the comic as a one-time novelty project, scraping up just enough to self-publish slightly more than 3,000 black-and-white copies.

“Eastman and Laird transformed what started as an inside joke into a media juggernaut and merchandising machine,” notes Zurzolo, who handled the auction.

TMNT belong to the Copper Age of comics, which spans 1984 to 1991. Today, as now-grown children of the ‘80s dive more deeply to comic collecting and investing, nostalgia for their youth is helping to drive demand for Copper Age comics.

And of course, Teenage Mutant Ninja Turtles #1 is the most valuable, sought-after comic of that age. Zurzolo and his team also hold records for the book’s two previous threshold-breaking sales, for $240,000 and $245,000 respectively.

“If anyone has a copy of Teenage Mutant Ninja Turtles #1—of any grade—I’d very much like to talk to them,” says Zurzolo.

“Collectors are lining up for this book and there just aren’t enough copies to go around—wouldn’t it be great to help set another record?”

For assistance with your collection, either buying or selling, email their Director of Consignments, Rob Reynolds ([email protected]) or call (888)779-7377.

--
ComicConnect is currently accepting consignments for their next major auction. Contact them today to reserve space as it is on a first-come, first-served basis. Call toll-free 1.888.779.7377 or email us at [email protected]. Cash advances up to $5 million are available.