“Hulk smash!” is the catchphrase of everyone’s favorite giant green monster—and in light of a recent ComicConnect.com sale, that phrase is more appropriate than ever.

A rare, highly-graded Incredible Hulk #1 comic book, first published in 1962, was recently sold for the record-smashing price of $490,000, making it the most expensive Hulk #1 ever sold! 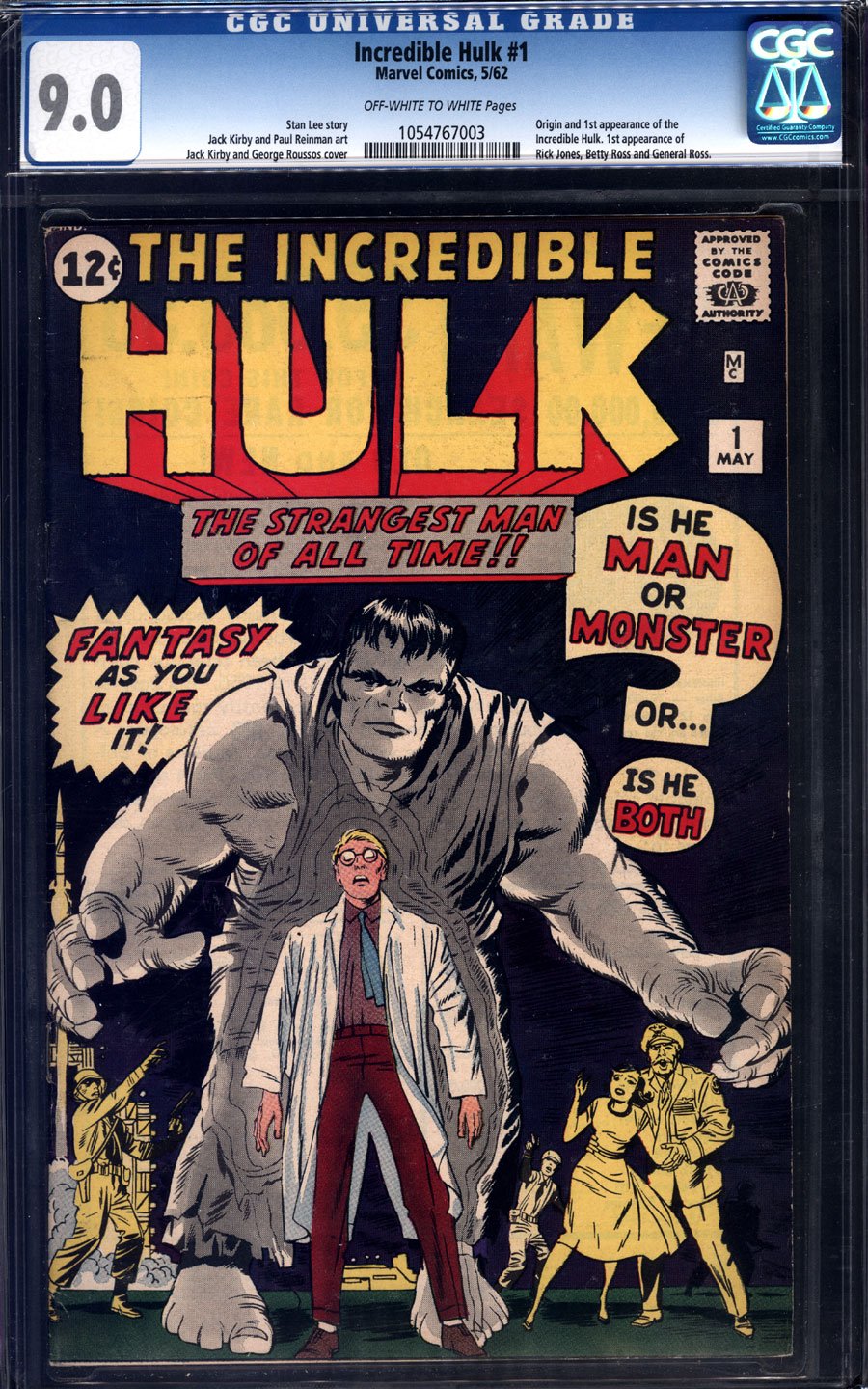 “Highly-graded copies of Hulk #1 are notoriously hard to find, due to the cheap paper used and the smudging of the gray color on the front cover,” notes Vincent Zurzolo, COO of ComicConnect.com, which handled the sale.

While ComicConnect is known for its auctions, the company also has a robust private sales business, in which they locate hard-to-find collectibles for collectors with specific interests.

Notes Zurzolo, “Vintage comic book values just keep going up across the board.”

This particular book is graded 9.0 Very Fine/Near Mint on the CGC scale. There are only seven higher-graded copies in existence, and it’s quite rare to see one come up for sale.

The Incredible Hulk was created by the legendary Stan Lee, who would later reveal that his inspiration was a combination of Frankenstein, Dr. Jekyll and Mr. Hyde, and the Jewish myth of the Golem.

According to Hulk’s origin story, the mutant was created when his alter-ego, the mild-mannered scientist Dr. Bruce Banner, was exposed to toxic gamma rays during an experiment gone awry. When Banner would lose his temper, he transformed into the Hulk—amplifying Cold War fears of nuclear annihilation.

Ironically, in this first issue, Hulk isn’t portrayed with his signature green skin, but is rather a muted gray. However, because the primitive four-color printing process rendered the gray hue differently from page to page, Marvel switched to green in the very next issue. Regardless of color, the famous cover image of Hulk #1 still resonates with fans.

While the initial Hulk comic book series wasn’t popular enough to continue long term, the character kept popping up in Marvel anthologies and guest spots. Marvel ultimately gave him back his own title after Hulk developed a following through his appearances with the Avengers.

That led to a series of TV shows, movies and merchandising campaigns which have made the Hulk into an instantly-recognizable pop culture favorite. As vintage comic book values continue to rise—as they have been over the last few years—Hulk comic values are projected to do so as well.

“The new owner of this book now owns a special piece of American mythology that will continue to gain in value,” says Zurzolo. “It will be a cornerstone of his collectible investment portfolio.”

“Hulk will only continue to get bigger with time, if you know what I mean.”

For assistance with your collection, either buying or selling, email their Director of Consignments, Rob Reynolds ([email protected]) or call (888)779-7377.

--
ComicConnect is currently accepting consignments for their next major auction. Contact them today to reserve space as it is on a first-come, first-served basis. Call toll-free 1.888.779.7377 or email us at [email protected]. Cash advances up to $5 million are available.